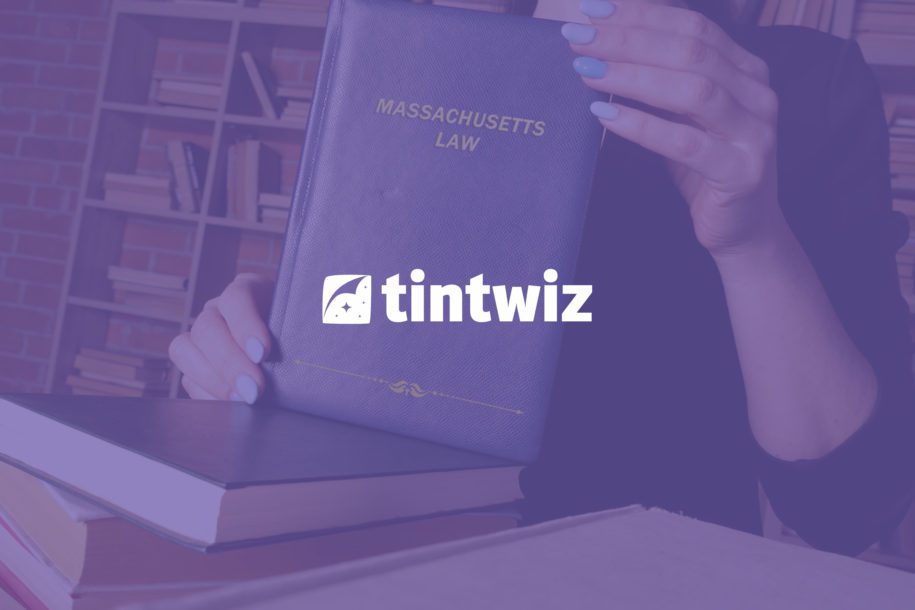 Darkest legal tint for SUV and Vans in Massachusetts

The State of Massachusetts first enacted vehicle window tint laws in the year 1985, making it one of the first states to enshrine rules governing automotive window film in official codes. In the better part of the four decades that have passed since window tinting laws were first put on the books in Massachusetts, window tinting technology has developed greatly and myriad new window film options have become available to motorists. Massachusetts window tint laws have changed several times in response to new window film products and installation techniques, and they are subject to change again in the future, so it’s wise to periodically read up on MA window tint laws to make sure any vehicle you have registered in the state remains in compliance, as in Massachusetts window tint tickets can cost up to $250 for a single offence and, with repeated widow tint violations, can lead to length suspension of a driver’s license.

Here we will cover the basic Massachusetts car window tint laws and will also delve into a few of the more specific rules you must follow (such as recommendations for stickers displaying window tint information and reflectivity restrictions).

But first, as side and rear windows of all types of vehicles in Massachusetts are subject to the same rules when it comes to tint darkness, it’s imperative to understand how window tint darkness is calculated. The term to understand is visible light transmission, or VLT. This is how much light is allowed to pass through a window, and the lower the number, the less light. So a 5% VLT window is tinted quite dark and let’s very little visible light pass through, meaning it is also effective at blocking the view in and creating privacy. (5% VLT window tint is often called “limo tint” for reference.) On the other hand, 95% VLT tint is almost transparent. Keep VLT in mind as we go forward.

Many vehicles come with manufacturer installed window tint along a band atop the windshield, and if your car has factory windshield tint, it is almost sure to be compliant with Massachusetts tint law and is likely sufficient to reduce sun glare that can be blinding and make driving unsafe, especially shortly after sunrise and shortly before sunset when the angle of the sunlight is the most extreme.

On the other hand if your car does not have window tint on the windshield, this is an imperative safety upgrade that can also simply make driving more pleasant, reducing the need to squint in the bright sun. If you are having aftermarket windshield tint applied in Massachusetts, the law stipulates the tint not come lower than the marked AS-1 line (small lettering and numbers mark this line on the windshield) or to six inches below the top of the windshield glass, whichever is higher. (For quick reference, the AS-1 line is approximately equal to where the shades fold down inside the car.)

Side and Rear Window Tint Laws for Cars in Massachusetts

The rules for window tint for cars, trucks, SUVs, and all other vehicles types in Massachusetts are quite refreshingly easy to understand when it comes to all side and rear windows (the latter referring to the rear windshield, to be specific): all windows can be tinted down to a maximum darkness of 35% VLT, meaning they must let at least 35% or more of the sun’s visible light through.

35% VLT window tint is more than dark enough to add privacy and style to a vehicle, and darker tint only further enhances the functional benefits of window tint that will be discussed later. Note that along with the 35% VLT rating, window tint on the side and rear windows must be a maximum of 35% reflective, so the film can have a subtle mirrored and metallic appearance.

While many states permit darker tint on side and rear windows, Massachusetts tint law is at least consistent and easy to understand (also it permits more reflectivity than in many states) and it is also quite permissive in terms of window tint color, as at present all colors of window tint are allowed in Massachusetts. (Note that most states ban red, yellow, and amber tints, while many others ban silver, gold, and metallic window films.)

Massachusetts state tint laws allow for medical exemptions to the 35% VLT darkness limit, so if you feel you need darker tint to reduce sun exposure that can exacerbate skin issues, eye health, or trigger migraines or other ailments, speak to a doctor about getting proof of qualification for a window film exemption. With a doctor’s note, you can request darker tint from an installer and can avoid tickets for your otherwise illicit window film.

Manufacturers, installers, and retailers of window tint in Massachusetts do not need to officially certify the tint they sell as meeting state laws and motorists do not need to apply stickers proving the legality of the tint to their cars, but officials do recommend this latter step to help mitigate potential issues during traffic stops or inspections.

Dual side mirrors are required under MA tint law if the rear windshield has any tint applied or other obstructions blocking the view.

A Massachusetts window tint ticket can cost up to $250 and in extreme cases an officer may issue multiple window tint citations at once, so the costs can add up quickly. Worse still, with a third window tint violation on your record, your license can be suspended for 90 days, so don’t risk the penalties associated with illegal window tint in Massachusetts.

Benefits of Window Tint for Vehicles

Far too often people think of car window tint as sole about adding privacy to the car and in slightly fewer cases about enhancing the looks of the vehicle. In fact, automotive window tint is much more about performance than appearance, and you can get almost all the performance benefits with tint that is transparent or nearly clear, so don’t shy form window film if you don’t like the darkened look. Car window tint stops interior fading and cracking caused by UV light, preserving the looks and value of the vehicle, and it blocks much of the sun’s hot IR light, keeping the cabin cooler and meaning less fuel and battery consumed to run the AC. And even clear tint can reduce glare, making driving safer.