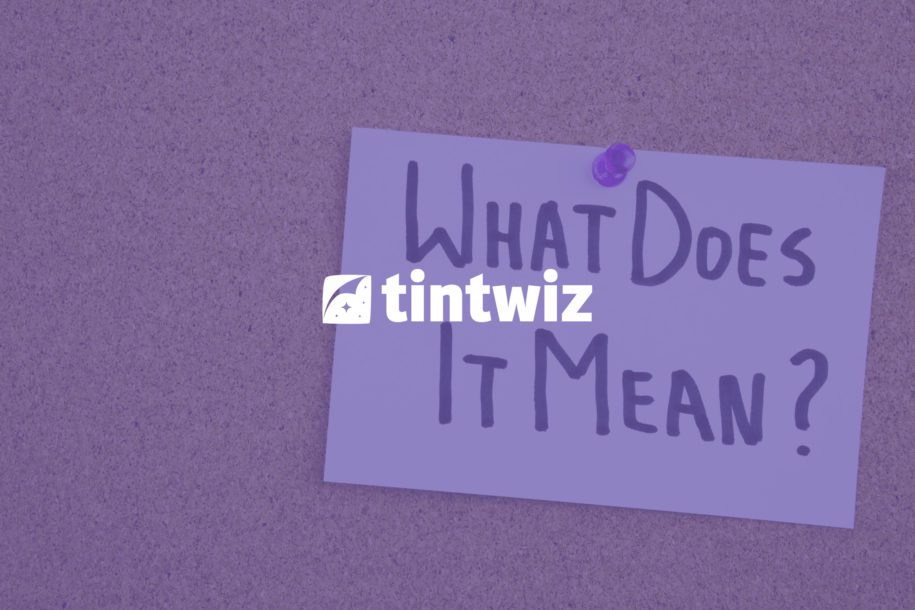 Window film darkness is rated based on how much visible light it allows to go through the tinted surface. The more light it lets shine through, the higher the numerical rating of the tint, and the less the window film blocks a view to the inside of a vehicle.

A tint darkness rated at 15% means that the tinted window allows 15% of the visible light to pass through the window film. This means in turn that the tint rejects 85% of the light. This is a very dark tint option, and in fact it’s a tint darkness that is illegal in many states, even for rear windows, so check your local tint laws closely.

Window tint darkness ratings are based on the tint’s Visible Light Transmission properties, often abbreviated as a tint’s VLT rating. VLT is simply the amount of light a tint does not block, or how much light it lets through, e.g.

The higher a window tint’s percentage number, the lighter the window film and the more light passes through it; the lower the tint number, is the darker that window tint is. So a 95% VLT rated tint is almost like untreated glass as far as visible light matters, whereas a 5% window tint is almost fully opaque.

Yes, 15% VLT tint is a dark window flm, so much so that the windows of a vehicle with a 15% appear almost completely opaque from the outside during sunshine hours and will still reduce the view in after sunset.

Can you see through 15% tint at night?

15% VLT window tint is a dark and a popular tint shade for rear windows because it offers privacy and style offers, and because it dramatically cuts the glare on bright days. And at night, you can still see through this dark tint. It will reduce the view out a bit, but it’s a great choice for rear windows where 15% VLT tint is allowed.

What does tint percentage mean?

The tint percentage refers to the amount of light that can pass through the window film. This is also know as VLT which states for visible light transmission. A lower VLT percentage means a lower amount of light able to transmit through the glass, making it appear darker and adding the privacy so many look for. A darker VLT also will provide higher glare reduction than a lighter VLT as glare is a product of light, so the more light you block the more glare you block.

15% is darker than 20% because the % refers to how much light the film allows to pass through, so 15% allows less light to pass through than 20% making it a darker film option.